Journalists queue at a bus as they leave the meeting of the 'Ukraine Defense Contact Group' at Ramstein Air Base in Ramstein, Germany, Friday, Jan 20, 2023. Defense leaders are gathering at Ramstein Air Base in Germany Friday to hammer out future military aid to Ukraine, amid ongoing dissent over who will provide the battle […] Demonstrators hold placards during a protest to support the Burkina Faso President Captain Ibrahim Traore and to demand the departure of France's ambassador and military forces, in Ouagadougou, on Jan 20, 2023. (OLYMPIA DE MAISMONT / AFP) OUAGADOUGOU – Burkina Faso's military government has demanded the departure of French troops stationed in the country, the […] Demonstrators attend a rally against the Al-Shabaab jihadist group in Mogadishu on Jan 12, 2023. (HASSAN ALI ELMI / AFP) MOGADISHU – Somali National Army (SNA) forces killed 100 al-Shabab extremists in a foiled attack on a military base in Galcad town in central Somalia on Friday, the government said. The Ministry of Information, Culture, and […] 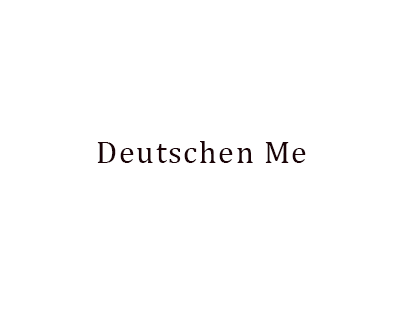 MOSCOW – At least 15 Armenian servicemen were killed in a fire that broke out in the barracks that belong to a unit of the Armenian Armed Forces, Armenia's Defense Ministry said on Thursday. Three other servicemen were seriously injured and have been hospitalized, the ministry was quoted as saying by Russia's TASS news agency. […] Somali soldiers walk at Sanguuni military base, about 450 km south of Mogadishu, Somalia, on June 13, 2018. (MOHAMED ABDIWAHAB / AFP) MOGADISHU – Islamist fighters from al Shabaab on Tuesday stormed a military base in a part of central Somalia they were forced from last year, killing at least seven soldiers, including the base […] Anger grows over highest casualty count since start of conflict last year Russia's Defense Ministry confirmed on Monday that 63 soldiers had been killed on New Year's Eve in a fiery blast that destroyed a temporary barracks in a vocational college in Makiivka, twin city of the regional capital Donetsk. Russian nationalists and some lawmakers […] In this file photo taken on May 2, 2022, a young worshipper arrives ahead of Eid al-Fitr prayers, marking the end of the Holy month of Ramadan, at the King Fahad Mosque in Banjul. (MUHAMADOU BITTAYE / AFP) BANJUL – Gambian authorities have foiled a military coup attempt and arrested four soldiers plotting to overthrow […] This picture taken Jan 1, 2022 shows the European Union flag under the Arc de Triomphe, on the Place de l'Etoile in Paris.(ALAIN JOCARD / AFP) BRUSSELS – The Council of the European Union (EU) on Tuesday announced the launch of a special military mission to support Ukraine in the ongoing conflict with Russia. The […] Women walk next to a destroyed house and the wreckage of a car following an explosion provocked by Al-Shabaab militants' during an attacke to a police station on the outskirts of Mogadishu, Somalia, on February 16, 2022. Al-Shabaab militants launched simultaneous attacks on police stations around Somalia's capital Mogadishu overnight, killing two girls and wounding […] A woman stands in front of a destroyed house, in Kramatorsk, Donetsk region, on Sept 12, 2022. (JUAN BARRETO / AFP) MOSCOW – Russian President Vladimir Putin signed a decree Wednesday, declaring martial law in Donetsk, Lugansk, Zaporizhzhia and Kherson from Thursday. "It (the decree) will immediately be sent for approval to the Federation Council," […] In this handout photo taken from video and released by Russian Defense Ministry Press Service on Oct 10, 2022, a Russian air force pilot is seen in the cockpit of his Su-25 as it flies on a mission in Ukraine. (RUSSIAN DEFENSE MINISTRY PRESS SERVICE VIA AP) MOSCOW – The situation in the zone of […] Lt. General Muhoozi Kainerugaba, the son of Uganda's President Yoweri Museveni, who leads the Ugandan army's land forces, looks on during his birthday party in Entebbe, Uganda May 7, 2022. (ABUBAKER LUBOWA / REUTERS) President Yoweri Museveni has removed his son, Muhoozi Kainerugaba, as commander of Uganda's land forces, the military said on Tuesday, after […] Volker Perthes, UN Special Representative to Sudan and head of the United Nations Integrated Transition Assistance Mission in Sudan, speaks during a meeting of representatives of the tripartite mechanism in the Sudanese capital Khartoum on June 8, 2022. (ASHRAF SHAZLY / AFP) UNITED NATIONS – The top UN envoy for Sudan on Tuesday saw an […] In this photo taken on March 30, 2007, a US Army Special Forces Ranger attends a class on combatting terrorism at the United States Military Academy in West Point, New York. (DON EMMERT / AFP) WASHINGTON – The US military experienced its highest recorded level of sexual assault among women last year, in findings the […]